The regression in human rights is not a consequence of incomplete or erroneous laws, but the complete disregard or misuse of the existing ones by the authorities

Photo: Official website of the Presidency of the Republic of Turkey

On March 2, 2021, Turkey’s President Recep Tayyip Erdoğan announced a 128-page “Human Rights Action Plan” (İnsan Hakları Eylem Planı in Turkish) consisting of nine primary objectives and 50 goals based on 11 basic principles and 393 action points to improve the implementation and protection of human rights in Turkey. The plan is to be implemented over a two-year period.

While the extensive nature of the action plan can provide everyone with grounds to support the primary objectives, the principles and goals are neither recently developed nor newly discovered. The basic principles of universal human rights which are the accumulation of hundreds of years of understanding were cited as the 11 principles introduced in the plan.

The need to present these principles as novelties in Turkey that already has a long democratic tradition governed by the rule of law, demonstrates the worsening human rights situation. The ultimate critique of the plan announced in early March can actually be summarized in one sentence: Most of the problems related to the deterioration of human rights are not due to incomplete or erroneous laws, but the result of a failure to implement existing laws and the abuse of the system for oppressive purposes.

It does not, for instance, require a new action plan for the government to fix one of the most glaring examples of a failed human rights system, namely the refusal by lower courts, to implement rulings of the European Court of Human Rights and the Constitutional Court. This problem is not the consequence of a lack of laws but of the ongoing political interference in the judiciary.

Freedom of expression and freedom of the press

Journalists in Turkey for many years have been subjected to arrests and prosecutions over their critical coverage of government policies or sensitive issues, such as minority rights, military operations, economic instability or foreign affairs. In the last few years, the state apparatus and judicial system has been instrumentalized to silence dissidents and to create a chilling effect on those who dare raise their voices. This systematic oppression has been most frequently targeted at the media and critical journalists. As a consequence, independent media have faced immense pressure to resist undue interference from the government.

Objective no. 4 on freedom of expression offers nothing new that can address this assault on freedom of expression. It repeats ‘reforms’ announced in the Judicial Reform Strategy in 2019 that sought to clarify in the anti-terrorist law the limits of journalism as “content that does not exceed the line of reporting and criticism”. It also repeats reforms that block URLs instead of the full website.

In a repeat of the 2019 Judicial Reform Strategy, the action plan says that necessary precautions will be taken to avoid blocking access to entire websites, when specific offending URLs can be removed directly. Wikipedia, the famous online encyclopedia, was blocked entirely for more than two years due to the website’s refusal to remove some entries about Turkey in two pages on “state-sponsored terrorism”. Despite the existing precautions developed by the case-law of the Constitutional Court and the ECtHR, the local criminal peace judge, opted to block the entire website. Wikipedia remained blocked until the Constitutional Court finally heard the case after more than two years and ruled the website blocking unconstitutional and a violation of the freedom of expression.

According to the Freedom of Expression Association (“İFÖD”), a Turkey-based NGO, there are more than 450,000 domains and 140,000 URLs blocked as of October 2020. IPI monitoring also shows that a great number of blocked news content are critical of the government. According to the Free Web Turkey 2021 report by the Media and Law Studies Association, 42% of blocked news are related to the government and its close circles.

The action plan offers no concrete commitment to address this problem and end the arbitrary blocking of government critics.

Lastly, the plan also announces that “Measures to put ‘journalists’ safety’ in the center and to facilitate journalistic activities will be taken.” No details are provided of the measures to be taken. Just as with the Judicial Reform Package, the Human Rights Action Plan of 2021 remains silent on the necessary practical steps needed to protect and promote press freedom and journalists’ fundamental rights and professional needs.

Even though both domestic and international legal frameworks (the Criminal Procedure Law, the Constitution, the European Convention on Human Rights) envisage pre-trial detention as a last resort and subject to strict requirements, pre-trial detention is used frequently in Turkey to punish and silence dissident voices, especially journalists. Scores of journalists have faced baseless prosecutions in retaliation for their work and been arbitrarily detained. A recent striking example was the arrest of six journalists in March 2020 for “revealing the name of a national intelligence agent” after reporting on the agent’s death in Libya. Despite the fact that a number of members of the parliament had already revealed the agent’s identity to the public, the journalists were held for six months until September when five of them were found guilty before being released pending appeal.

The safeguards prescribed for pre-trial detention have been in force for years and been developed by the established case-law of higher courts, subjecting this measure to strict requirements. For instance, there must be a strong suspicion based on material evidence that the offence has been committed by the accused, therefore setting a high threshold for pre-trial detention. Yet, many journalists and other critics were sent to pre-trial detention with flimsy and trumped-up charges based on anonymous witnesses.

Under Article 100 of the Criminal Procedure Law, the grounds for pretrial detention are defined as; if there is a suspicion of flight risk, risk that the evidence might be destroyed or risk that the witnesses would be coerced.

Yet courts and judges frequently rule for pre-trial detention of journalists before any concrete evidence has been presented and without consideration of the evidence of flight risk, damage to evidence or coercion of witnesses.

Therefore, it is not the current legal framework that poses problems for pre-trial detention as the Action Plan claims, but the complete disregard of the existing provisions or higher court rulings by authorities.

Lack of independence and impartiality of the judicial system

The plan also guarantees that necessary precautions will be taken to ensure judicial independence. The same promise was given in the last Judicial Reform Strategy, and again the plan ignores the government’s undue influence over the Council of Judges and Prosecutors (HSK), which is responsible for appointing, promoting and disciplining judges and prosecutors. Since the latest regulation in 2017, HSK members are appointed by the parliament and president, effectively giving the AKP-MHP coalition control of the judges and prosecutors appointments. The previous system whereby the judges elected the HSK members themselves, was ended in 2017. The plan cites a few generic goals while ignoring this fundamental problem.

The investigation phase of a criminal prosecution ends with the court’s acceptance of the indictment prepared by prosecutors, and then the prosecution phase starts. Yet, the preparation of indictments proves to be a lengthy process that can undermine the right to a fair trial especially for those awaiting trial in pretrial detention. According to the European Commission’s 2019 Turkey Report there were 57,000 individuals in pre-trial detention in 2018 – which accounts for almost 20 percent of the general prison population – waiting for the indictments to be prepared. IPI has also stressed the problematic nature of the indictment preparations.

Indictments should be prepared in a reasonable time and in a justified manner based on concrete evidence that the suspect has committed the alleged crime. In practice, however, the preparation of indictments particularly used against critical journalists, take an unreasonably long time, largely because of the lack of concrete evidence that would justify the initial charges. The action plan, however, only offers a vague promise that indictments shall be completed in a reasonable time without defining “reasonable time”.

Lack of reasoning in judicial decisions

One of the main problems is the lack of sufficient reasoning and justification by either courts or prosecutors for their rulings. In principle, any judicial action against press freedom (or free expression in general) must be set forth with sufficient clarity and fully justified. Otherwise, the person’s right to a fair trial will be jeopardized.

The plan says that steps will be taken to ensure that court and prosecution decisions are sufficient, persuasive and understandable to meet the standards set forth in the Constitutional Court and the ECtHR rulings. This problem, however, is not a new development. Courts and prosecutors have been rendering decisions without providing any reasoning for years at the expense of freedom of the press, again, despite the existing legal norms, such as Article 141 of the Constitution that requires courts to render reasoned written judgments and the well-established case-law on this issue.

Freedom of assembly and association

The plan projected that in order to strengthen the right to assembly and association, the relevant legislation and practices will be reviewed by taking international standards into account and periodic meetings will be held with individuals and non-governmental organizations to improve human rights and work in this direction.

Although this may seem like a positive initiative, Turkey’s authorities have long excluded critical civil society organizations from the consultation process leaving only pro-government institutions thereby undermining confidence in the process. Furthermore, the use of excessive police force during recent protests, even after the announcement of the plan, indicates a lack of commitment to reform.

Excessive police force against student protests starting in January 2021 and against the peaceful women’s march in Istanbul on March 6, 2021 saw many people including reporters arrested, assaulted and subjected to police violence.

The Human Rights Action Plan, which is strong on lofty principles and objectives, but weak on concrete action and commitments, seems to be another government attempt to distract public and international attention away from the government’s record of systematic human rights violations. While it is difficult to criticize a promise to review and reform laws to bring them into line with international standards, in practice the heart of the problem is not the written law, but a compromised judiciary that has lost its independence and impartiality and is used to silence the government’s critics. If the government were sincere about ending the abuse of human rights, they would immediately release all 60 imprisoned journalists including Nedim Türfent and Ahmet Altan, and many others for being imprisoned on politically motivated charges. Until the government takes these steps, the publication of any more human rights plans should be ignored and treated as the act of governmental propaganda that it is. 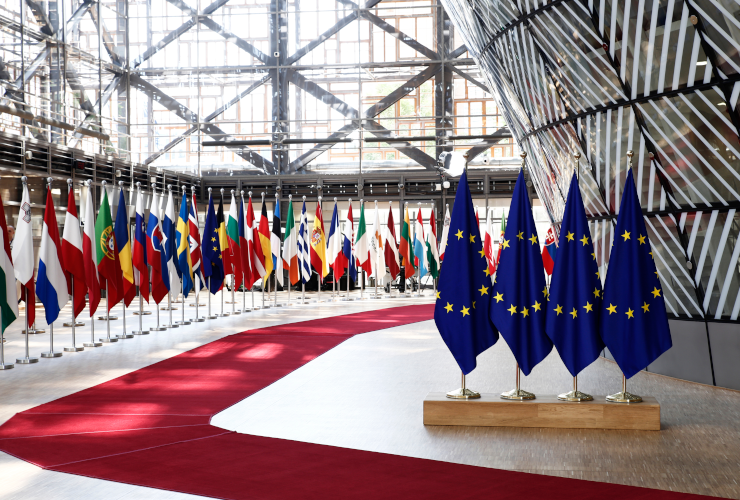 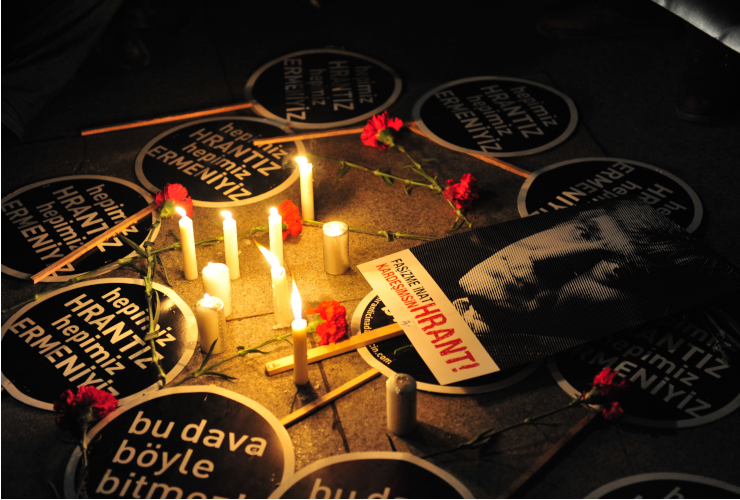