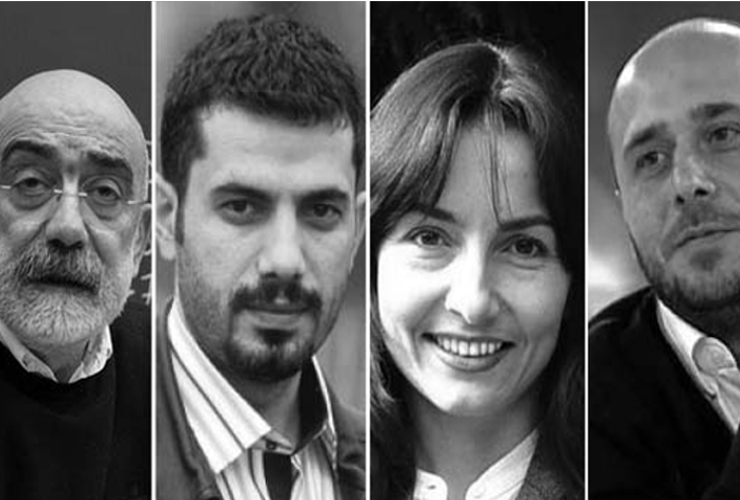 During the hearing between August 11 and 13, Baransu attended the hearing via the judicial video-conference system SEGBİS from his prison cell in Silivri, Istanbul. Reminding the court of his 87-page request submitted in June for expansion of the investigation for further or new evidence to be examined, Baransu requested the hearing to be postponed due to his lawyer’s absence and to attend the next hearing also via SEGBİS as a COVID-19 measure.

The trial was adjourned to be held between October 12 and 14.

During the most recent hearing in October, the court ruled for the continuation of Baransu’s detention. The defense lawyers’ request to dismiss some of the evidence in the file, alleging that they were unlawfully obtained, was rejected.

The hearing on December 9, 2020 did not take place due to the head judge being on leave.

During the hearing on March 4, Baransu submitted his defense via SEGBIS. It was observed that the presiding judge of the court panel was changed.

Baransu’s lawyers criticized this development and stated that the members of the court panel have changed 24 times during the five-year course of the trial and this situation violates the defendants’ right to a fair trial. Lawyers of Altan and Çongar, also stressed the change made in the judge panel as a violation of the right to a fair trial.

Baransu, next, requested of the court to identify the police officers who searched his home and to be heard as witness at the next hearing. He also requested the footage recorded during the search be added to the case file.

The prosecutor rejected Baransu’s requests and requested the continuation of Baransu’s detention due to flight risk and altering the evidence.

Baransu’s lawyer stated that Baransu was already under arrest due to another criminal case and there was no flight risk, therefore requested his release.

During the June 2 hearing, Baransu, the only detained defendant in the case, attended the hearing from his prison cell via SEGBİS. The prosecutor stated the final opinion on the case was completed, ready for submittal. Baransu objected that there were missing documents in the file and his lawyers requested to speak yet the presiding judge rejected their requests.

The prosecutor reminded the developments in another criminal case where Baransu was also a co-defendant that the allegations regarding Baransu’s alleged link to the outlawed FETÖ movement remains valid. The prosecutor also claimed that defendants Baransu and Opçin formed the press branch of FETÖ and requested that Opçin’s file be separated since his arrest warrant was not yet executed and he was deemed fugitive. The prosecutor read his final opinion about the other defendants and requested various prison sentences for the defendants.

Baransu was requested to be sentenced to a total of 52 years in prison with a request of increase as the accused crime was constituted under the Anti-Terror Law. The prosecutor also requested the continuation of Baransu’s detention.

Three other defendants Altan, Çongar and Oğur was requested for sentences for “revealing of confidential information” facing up to 17.5 years in prison As in Baransu, the prosecutor requested the sentencing to be increased within the scope of the Anti-Terror Law.

In its interim decision, the court ruled for the continuation of Baransu’s detention.The next hearing will be held on 18 and 19 October in two sessions.

The next hearing will be held on November 12.