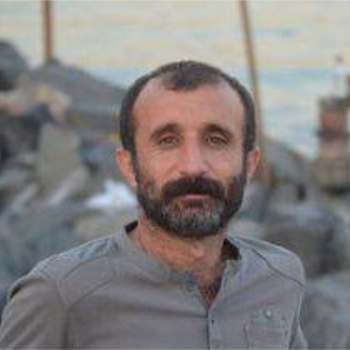 Ali Sönmez Kayar, a reporter for Etkin News Agency (ETHA), was arrested on February 6, 2018, on allegations of “membership of a terrorist organization”. Kayar was first detained by police on February 1st while leaving his work.  Six co-defendants were arrested following simultaneous raids on their houses. The case has eight defendants in total, with six in pretrial detention. Kayar has been released from detention following the hearing on October 31, 2018, after marking 9-month-imprisonment at Silivri Prison, Istanbul.

Kayar was brought to court for the first time on July 13, accused of “membership of Turkey’s Marxist-Leninist Communist Party” which, as of 2007, is listed as an active terrorist organization in Turkey. Kayar’s journalistic work and attendance at the funeral of those killed in the bomb attack on October 10, 2015, in Ankara is cited as criminal evidence in the indictment.

On October 31, the court released all defendants in detention in the case with a travel ban and adjourned the hearing till February 19, 2019.

During the hearing on February 19, defense lawyers requested missing documents to be submitted, the court adjourned the next hearing until May 28.

On May 28 hearing, the court ruled to keep the judicial control measures on defendants, requesting the anonymous witness’s statement to be heard and the digital materials seized from the defendants to be examined until next hearing on October 31, 2019.

During October 31-hearing, the court ruled to keep the judicial control measures on defendants, adjourning the next hearing until February 13, 2020.

During the hearing on February 13, the secret witness could not be heard due to technical difficulties. The court decided to hear the witness at the next hearing and adjourned the trial until June 9, 2020.

Due to suspension of all judicial proceedings from early March until June 15 because of COVID-19 pandemic, the June 9 hearing was postponed to November 5, 2020.

During the November 5 hearing, the court rejected the defense request to lift the international travel ban and adjourned the hearing until February 16, 2021.

ETHA journalists have become the subject of many other cases. They have become a target of the government for their reporting. As of today, six ETHA journalists and reporters, including Ali Sönmez Kayar, are under detention because of their work. Other journalists who are in pretrial detention are İsminaz Temel, Havva Cuştan, Adil Demirci, Semiha Şahin, Pınar Gayıp.

To find out more about the individual jailed journalists in this case, please go to “Cases” page.