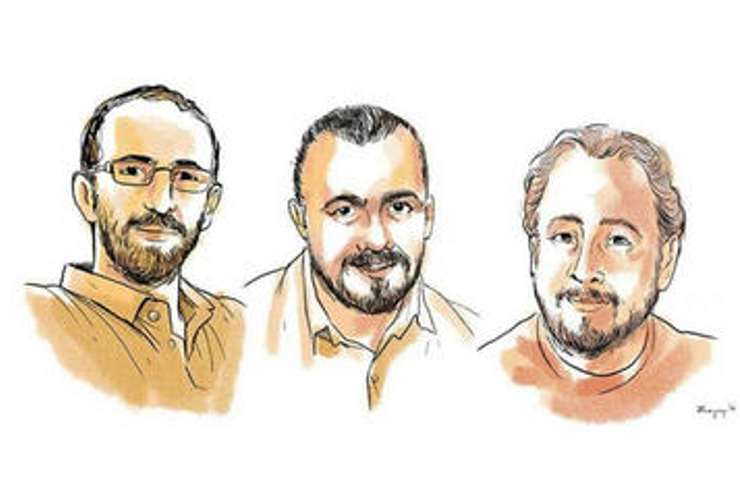 Six journalists and media employees are on trial over reporting of emails leaked in September 2016 by leftist hacker collective RedHack that purportedly were from the account of Turkish Energy Minister Berat Albayrak, the son-in-law of President Recep Tayyip Erdoğan.

Three journalists and editors from different media outlets – Ömer Çelik from Mezopotamya Agency, Tunca Öğreten from the news website Diken and Mahir Kanaat from the newspaper BirGün – were earlier held in pretrial detention for over 300 days for reporting the leaked emails in their newspapers.

On December 25, 2016, police detained Öğreten, Kanaat and Çelik in dawn raids, as well as Derya Okatan, Eray Sargın, and Metin Yoksu. The latter were released after 24 days in custody, but Öğreten, Kanaat, and Çelik were placed in pre-trial detention without any charge on January 17, 2017.

Ömer Çelik was released after the first hearing on October 24, 2017, while Öğreten and Kanaat were released on December 6, 2017, marking 323 days in detention.

The fifth hearing on September 13, 2018, took place in İstanbul 29. High Criminal Court in the absence of defendants Metin Yoksu and Ömer Çelik. Journalists present in the courtroom requested their digital materials, computers seized by the police be returned and the travel ban lifted.

The court rejected restitution of digital materials and the request to lift the travel ban. Judicial control on journalists has been removed. The court ruled journalists Yoksu and Çelik to be forcefully brought to the next hearing, adjourning it till January 8, 2019.

On January 8, the prosecutor asked a new indictment to be filed against Çelik based on a former case on the charges of “making propaganda for a terrorist organization”. The court in the case had given a decision of non-prosecution in the time, suspending the whole proceeding. İstanbul 19. High Criminal Court decided to take the prosecutor’s request to reopen the same case into consideration and adjourned the next hearing to April 16.

During the April 16 hearing, journalists Yoksu and Çelik attended the hearing via judicial video conference system SEGBİS respectively from Batman and Diyarbakır provinces, while other four defendants were present in the courtroom in Istanbul.

In the meantime, an expert report has also been submitted to the court examining digital material. Defense lawyers underlined that the report shows documents which were used as evidence in the indictment were downloaded online by journalists which voids the charges of “intercepting with the information systems” or “removing data”.

The court requested information from Diyarbakır chief public prosecutor’s office on Çelik’s other case and ruled to reinstitute digital materials to the journalists in its interim decision. Next hearing is set for September 24.

During the eight hearing of the case on September 24, the court ruled to maintain the travel ban on the journalists and to restitute digital materials that were deemed to be non-prosecutable. The hearing is adjourned until February 6, 2020.

An IPI delegation monitored the February 6 hearing in Istanbul. Journalists Sargın, Öğreten and Kanaat were present in the courtroom as well as six lawyers. The defendants demanded that the court arrive at a final verdict and called for their travel bans to be lifted, arguing that they have attended every hearing thus far and therefore posed no flight risk. As for the prosecution, they did not present any new evidence or make any comments to advance their case during the hearing.

The judges announced after a short break that two of the six travel defendants, Derya Okatan and Eray Sargın, would have their travel bans lifted, while the judicial control measures of the others were maintained.

The date of the next hearing was set for June 25.

Read more on this case here.