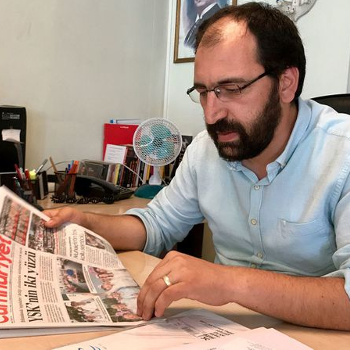 During the third hearing on June 18, 2019, the prosecutor requested prison sentence on the charge of “making consecutive terrorist propaganda”. The court adjourned the next hearing until July 19.

During the July 19 hearing, Sönmez submitted his statement, reminding that other news articles covering the same topic have been dismissed by the prosecutor for lacking grounds for legal action. Sönmez requested his acquittal.

The court adjourned the next hearing to November 7, 2019.