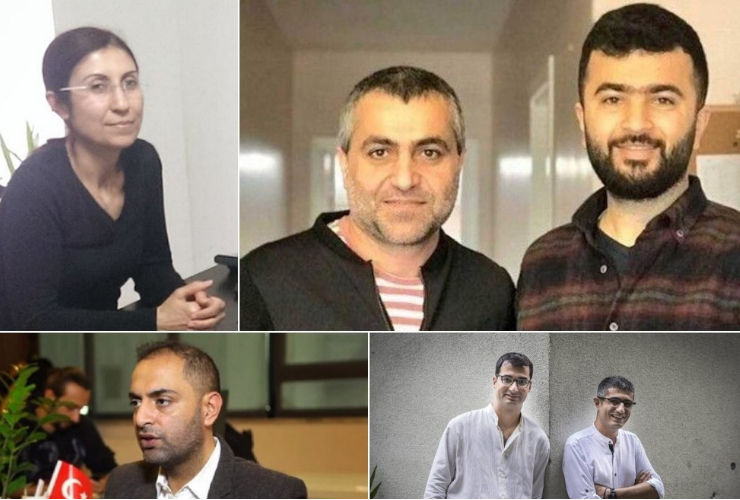 Possible sentence: From 8 up to 19 years

Six journalists from various news outlets were arrested in early March after reporting on the funeral of a Turkish national intelligence (MIT) agent who died in Libya in February. The journalists are accused of “defying the National Intelligence Law” and “revealing state secrets” and facing up to 19 years in prison.

The journalists are being charged with revealing the identity of the intelligence officer despite having changed his name in the news stories and despite the name already being in the public domain after it was reported in the Turkish parliament.

Barış Terkoğlu and Hülya Kılınç, news director and reporter for Odatv, were arrested on March 4, followed by editor-in-chief Barış Pehlivan on March 6. Yeni Yaşam daily’s editor-in-chief Ferhat Çelik, responsible editor Aydın Keser and Murat Ağırel, a columnist for Yeniçağ daily, were arrested in the following two days, initially released, and then rearrested following an appeal by the prosecutor. All six journalists have been jailed since. Also, the entire Odatv website was blocked by administrative order by the Communications Technologies Authority (BTK) following a complaint by the Ministry of Interior.

Since late March, all judicial proceedings, including journalists’ trials, were suspended in Turkey due to COVID-19 pandemic. This has been extended via presidential decree until June 15. The Justice Ministry has announced that trials with defendants in pretrial detention will be exempted from this suspension.

In April, the requests to release all six journalists pending trial were rejected by the court. In the meantime, the public prosecutor’s office submitted an indictment requesting various sentences for journalists and included BirGün journalist Erk Acarer to the file as a defendant.

On May 2, the criminal court of peace, which is responsible for the investigation phase, conducted an ex officio hearing for the journalists. The hearing was conducted at the request of the prosecutor’s office without the presence of journalists’ lawyers (appointee lawyers were present instead). The court decided to extend the detention of the journalists. One of the journalists, Barış Pehlivan, has reported being a victim of physical assault during detention.

During the first hearing on June 24, the court listened to the journalists’ first statements and ruled to release three journalists Aydın Keser, Barış Terkoğlu, Ferhat Çelik under international travel ban. A travel ban restricting two journalists Keser and Çelik from traveling outside of their city of residence is also in place. Journalists Hülya Kılınç, Barış Pehlivan and Murat Ağırel remain in prison.

Next hearing is adjourned till September 9.