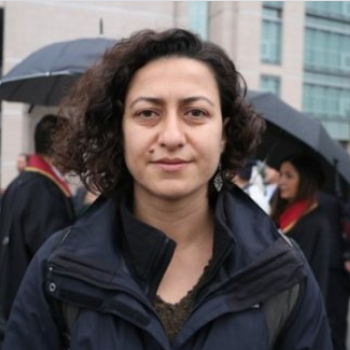 Derya Okatan, a reporter for Artı Gerçek TV channel, is facing charges of “insult” following a complaint by lawyer Onur Kale, who is accused of sexually assaulting eight women in Mersin police center during police examination. Okatan, who was then-managing editor of ETHA news agency, is being tried for an article reporting on the accusations on ETHA. The agency was fined with compensation back then which was paid. Kale is now suing Okatan separately for being responsible for the published content on “insult” charges.

The first hearing was held on February 20, 2020. The court decided to write a writ to Ankara Criminal Court which had conducted the prosecution of previous compensation case to have Okatan’s statement.

Okatan is also being tried in a separate case along with five other journalists for reporting on leaked emails of Minister of Finance Berat Albayrak who is also Erdoğan’s son-in-law. Journalists are facing prison on several charges such as “spreading terrorist propaganda,” “intercepting with the information systems” and “removing data”.

The third hearing was supposed to be held on January 26, 2021, yet since the presiding judge was on leave, the hearing was postponed to July 6, 2021. Okatan was represented by her lawyer in the courtroom. The prosecutor submitted the final opinion, requesting the acquittal of Okatan on the grounds that the news article that is subject of the charges is within the scope of press freedom.