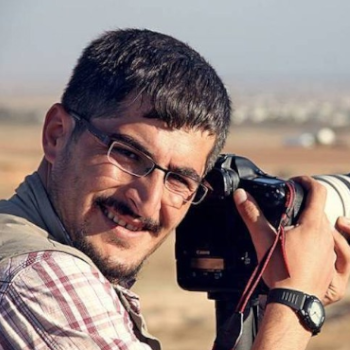 During the January 23 hearing, Demir repeated his claim that the memory cards used against him as criminal evidence were possessed illegally and requested further examination regarding the robbery of his house in 2017. The court requested the investigation file from the Ankara Chief Public Prosecutor’s Office following Demir’s statement. Demir also stated that some of the visuals among more than 50 visuals/photos included in the indictment were wrongfully cited as if taken by Demir, while the rest of the visuals were taken under the sole purpose of journalistic activity.

Due to the suspension of all judicial proceedings in March and April because of COVID-19 pandemic, the most recent hearing in this case on April 28 was postponed. Next hearing was adjourned to September 17.

Demir did not attend the September 17 hearing. The court did not allow observers to enter the courtroom due to Coronavirus measures. Next hearing was adjourned to December 1, 2020.

During the sixth hearing on December 1, 2020, Demir and his lawyers did not attend the hearing. The court decided to wait for its request of the Anti-Terror Unit of Ankara Police Department whether the footage in Demir’s memory card had been used in news stories or not.

During the March 25 hearing, the court ruled to send another notice to the Anti-Terror Unit of Ankara Police Department for the requested report on digital materials within ten days and to file criminal complaints on the responsible individuals if the authorities fail to reply to court’s request within the given time. The next hearing was postponed to June 30.

During the hearing on June 30, Demir was represented by his lawyer in the courtroom.

The court ruled to wait for the response of the Property and Evidence Unit on digital materials and adjourned the hearing to October 12, 2021.