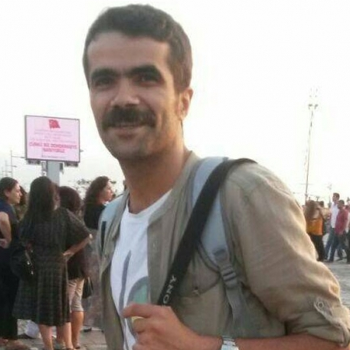 Accusations: Spreading propaganda consecutively for a terrorist organization via the press

İsmail Çoban, the former managing editor of now-shuttered Kurdish newspaper Azadiya Welat, faces prosecution on the charges of “spreading propaganda consecutively for a terrorist organization via the press” in relation to the newspaper’s articles and news reports.

He was arrested on May 3, 2018 in relation to a separate case and sentenced t seven years and six months for “membership of a terrorist organization”.

He was sentenced to five years in imprison during the final hearing of the initial trial on November 13, 2018.

Çoban appealed the ruling. On June 8, 2020, 3rd Criminal Chamber of Gaziantep Regional Court of Appeals overturned the ruling due to lack of thorough investigation and sent the case back to the first instance court for re-examination.

During the first hearing of the re-examination on November 26, 2020, Çoban denied all charges and requested his acquittal.

During the hearing on February 16, 2021, Çoban could not attend the hearing via the Audio and Video Information System (SEGBİS) as the court failed to identify which prison Çoban was in. The public prosecutor submitted the final opinion requesting Çoban to be sentenced on the charge of “spreading propaganda consecutively for a terrorist organization via the press.”