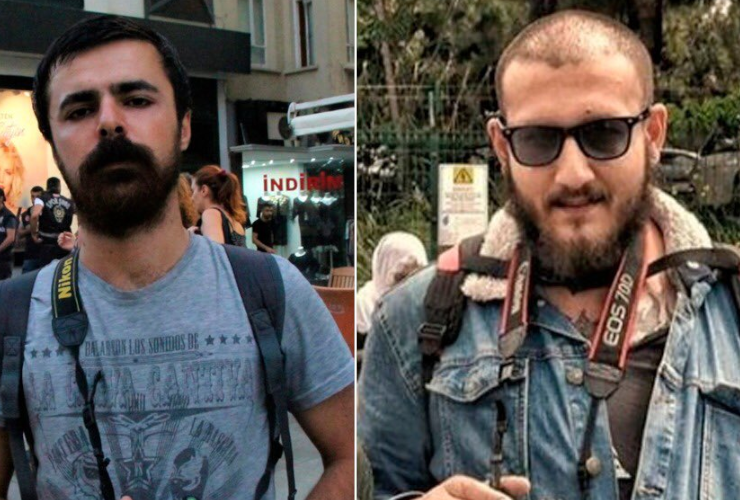 Accusations: Preventing a police officer from performing their duty; Defying the law on assemblies and demonstrations

Taylan Öztaş, a reporter for Özgür Gelecek and Tunahan Turhan, a reporter for ETHA news agency, were briefly detained by police along with 36 others on August 22, 2019, while reporting on demonstrations and a press release of pro-Kurdish political party HDP’s youth branch in Kadıköy, Istanbul, between August 20 and 22, following the elected mayors’ dismissal in several cities in southeastern Turkey. Journalists are being charged with “defying the law on assemblies and demonstrations”.

The first hearing was scheduled to take place on March 19, 2020.

Two other reporters Berfin Aslan and Mehmet Şahin were also in a separate trial as part of the mass arrests against protesters in August 2019 over the elected mayors’ dismissal in Kurdish cities. Journalists were acquitted of all charges on the second hearing on January 16.

Due to suspension of all judicial proceedings from late March until June 15 because of COVID-19 pandemic, the March 19 hearing was postponed to October 6, 2020.

During the second hearing on October 6, 2020, Öztaş gave his defense statement, stating that he was not at the demonstrations as a protester but as a journalist. He further stressed that he did not resist the police, thus requested his acquittal and the judicial control measures imposed against him to be lifted. Öztaş’s lawyer also rejected all charges against him and requested Öztaş’s acquittal. Turhan did not attend the hearing.

The court decided to revoke the judicial control measures against Öztaş.

During the third hearing on March 4, 2021, Turhan along with several other co-defendants in the case were peresent in the courtroom.

Turhan presented his defense statement stating that  he was arrested few days after the demonstrations which could not technically be the ground for a charge of “preventing a police officer from performing duty”. Turhan stressed that if he would have been preventing a police officer during the demonstration, he should have been arrested on the same day from the logical point of view, yet he was arrested two days later. Turhan rejected all charges against him and requested his acquittal.

The public prosecutor requested for the missing documents in the case file to be completed.

The court adjourned the hearing until September 30, 2021.