The International Press Institute (IPI) today expressed concern over reports that Dutch journalist Fréderike Geerdink could face up to five years in prison in Turkey on accusations that she spread terrorist propaganda on social media.

The case reportedly stems from comments the Turkey-based freelance journalist posted on social media and on a blog promoting the militant Kurdistan Workers’ Party (PKK), which Turkey, the EU, the United States and others consider a terrorist organisation

Geerdink, who faces her first hearing on April 8, said a local prosecutor’s office ordered her arrest after three complaints about her comments were filed with police in Ankara. She told IPI that an indictment against her referred to posts made on Twitter and Facebook between Sept. 9 and Oct. 29. However, she continued: “I don’t even know if there is evidence for the existence of these complaints, and if three people complained in Ankara or that one person complained three times, or any other variation.”

Authorities initially detained Geerdink on Jan. 6 in the south-eastern Turkish province of Diyarbakir and questioned her for over three hours. Coincidentally, Dutch Foreign Minister Bert Koenders was attending an official meeting in Ankara that day and he expressed his discontent on Twitter, saying that he would “personally discuss this” with his Turkish counterpart, Foreign Minister Mevlüt Çavuşoğlu.

IPI and its affiliate, the South East Europe Media Organisation (SEEMO), called on Turkish authorities to drop the charges against Geerdink absent clear and compelling evidence showing that her statements specifically incited, and were likely to lead to, the commission of criminal acts.

“Journalists should not face pressure – much less up to five years in prison – for sharing news or an opinion, whether it be in person, through traditional media or via new media platforms,” IPI Director of Advocacy and Communications Steven M. Ellis said. “We find this case troubling, not only because of the charge reportedly at issue, but because it shows a new willingness on the part of authorities in Turkey to target foreign journalists.”

Geerdink, who has reported from Turkey for almost 10 years with a special focus on the PKK and its bloody, three-decade long insurgency, told IPI that she rejected the allegations that she supported terrorism. Instead, she maintained, her “intention is always to spread the news and to comment on it”.

She also refused to be intimidated by the case against her. 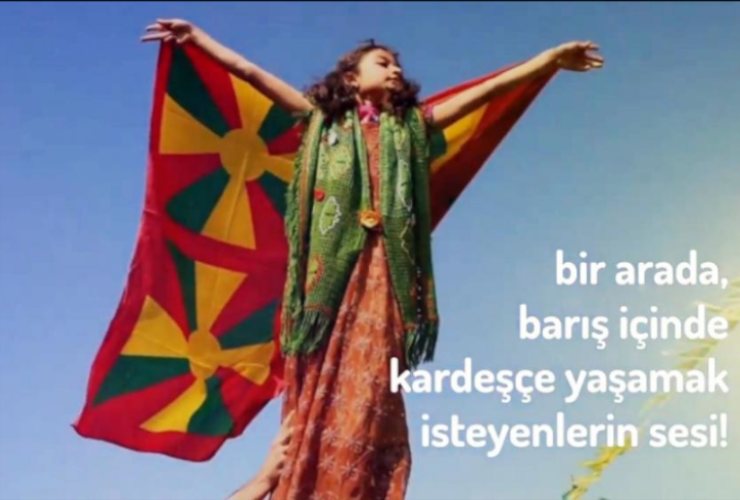