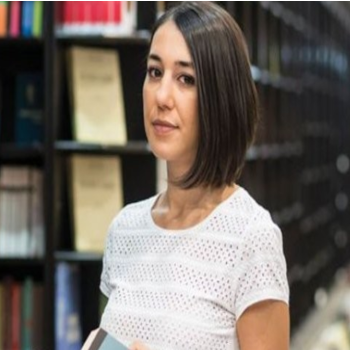 Possible sentence: up to 7,5 years

Melis Alphan, a former columnist for newspapers Hürriyet, Milliyet and Artı Gerçek news site, is accused of “spreading terrorist propaganda” over a photo from 2015 Newroz celebrations in Diyarbakır she posted on social media. Newroz is a celebration of the arrival of the spring and new year in Kurdish culture.

The indictment cited the re-posted photo as criminal evidence where the flags of the outlawed PKK and posters of Abdullah Öcalan, the founding leader of the outlawed organization, were visible and claimed that the social media post was with the intention of support to the terrorist organization and legitimizing its methods. Therefore, the prosecutor requested a prison sentence for Alphan up to seven and a half years for “spreading propaganda of a terrorist organization via the press”.

In a recent interview in IPI’s Freedom Dialogues podcast series, Alphan said that the disputed photo was taken from an official Newroz celebration in Diyarbakır during the official peace process with the Kurdish parties continued, therefore the post cannot constitute the alleged crime.

Listen to the podcast episode in Turkish here.

During the first hearing on April 6, 2021, Alphan rejected all accusations and stated that the photo in question with the caption “Happy Newroz” was from the 2015 Newroz celebrations in Diyarbakır, which was aired on all television channels including state broadcaster TRT. Alphan requested her acquittal.

The prosecutor submitted the final opinion on the case, requesting Alphan to be sentenced on the charge of “spreading terrorist propaganda via the press.” The court adjourned the hearing until May 21 for Alpan and her lawyers to submit a defense against the prosecutor’s final opinion.