Physical attacks on journalists on the rise in Turkey

The IPI global network condemned an attack on the live broadcast of Halk TV journalist Gökmen Karadağ in the early hours of August 6 as Karadağ was reporting from Marmaris, a city on Turkey’s southwestern coast where wildfires are currently raging.

Shortly after midnight on August 6, a group of assailants targeted the broadcast, which featured Marmaris Mayor Mehmet Oktay and lawyer Salim Şen. Halk TV journalists İsmail Saymaz and Murat Ağırel were also present. The assailants shouted, “We won’t allow you to lie!” and attacked the journalists and technical crew.

Saymaz and Ağırel reportedly attempted to stop the attack and defend the crew. Halk TV programme coordinator Canan Yıldız later claimed that one of the assailants was a member of Marmaris branch of Turkey’s governing Justice and Development Party (AKP). The live broadcast resumed after the incident, and the assailants were detained.

“This is unfortunately the latest example of growing physical attacks on journalists in Turkey, fuelled in part by a lack of consequences for the assailants. Turkish authorities must take immediate action to ensure the safety of journalists”, IPI Deputy Director Scott Griffen said. “Media play an essential role in providing information about the wildfires burning in Turkey, and any attack on journalists reporting on the fires is an attack on the public’s right to know.”

Turkey’s raging wildfires have become a sensitive issue for the government, which has sought to clamp down on reporting about them. On July 29, the country’s broadcast regulator, RTÜK, warned media channels about their coverage of the fire. Later, the regulator issued another warning, this time handing out fines. 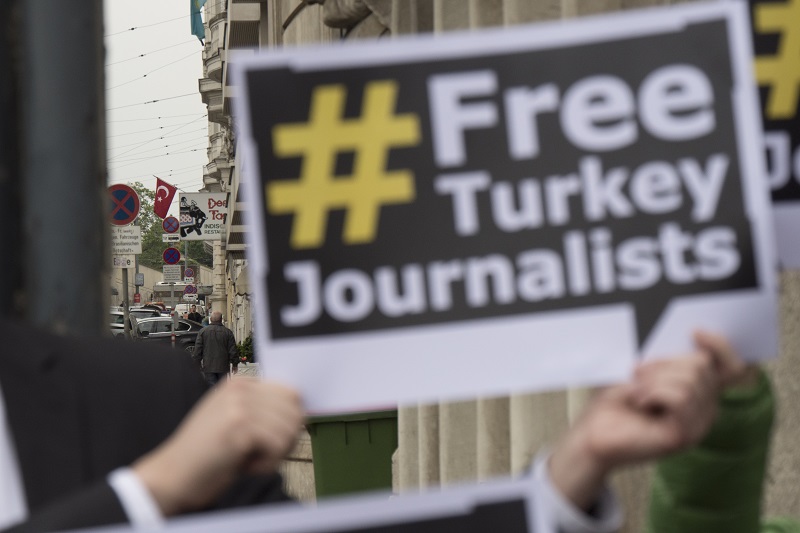