Turkey: MFRR calls for swift and thorough investigation into murder of Güngör Arslan

Güngör Arslan, the owner and managing editor of the local Ses Kocaeli newspaper in Turkey, who died after being shot outside his house on 19 February 2022

The International Press Institute (IPI) today joins its partners in the Media Freedom Rapid Response (MFRR) in strongly condemning the murder of Güngör Arslan, the owner and managing editor of the local Ses Kocaeli newspaper in Turkey.

On Saturday 19 February, Arslan was attacked in front of his office and shot in the chest and leg. He was taken to hospital, where he died of his injuries. In a written statement, the Governor’s office announced that a 21-year-old suspect had been taken into custody. According to news reports, the suspect claimed he killed Arslan because he did not like his writing.

The MFRR welcomes the speedy arrest by the police and calls for a swift and thorough investigation and prosecution of the gunman and those who may have assisted or ordered the murder. This must shed light on the reasons for the attack, including any possible links with his journalistic work, and ensure all those responsible are held to account in court. In a broadcast made before the attack, Arslan had stated that he had previously suffered attacks for “trying to do his job as a journalist”.

In this regard, we reiterate our longstanding concerns about the endemic impunity for murders of journalists in Turkey: there has been no or incomplete justice for Uğur Mumcu, assassinated outside his home in Ankara in 1993; Metin Göktepe, tortured and murdered in police custody in Istanbul in 1996; Hrant Dink, assassinated in Istanbul in 2007; Naji Jerf, gunned down in Gaziantep in 2015; Rohat Aktaş, found dead in Cizre in 2016; Jamal Khashoggi, murdered in a Saudi consulate in 2018; or Hazim Özsu, killed in Bursa in 2021 by a suspect who reportedly disliked some of his remarks on the radio.

In his last article published before his death, Arslan criticised Mayor Tahir Büyükakın of the Kocaeli Metropolitan area in relation to the allocation of a housing construction tender to the company of a close friend of Büyükakın. In 2021, Arslan spent 188 days in pre-trial detention on allegations of blackmail. He was released at his first hearing at the Kocaeli 12th Criminal Court of First Instance. After the attempted coup of 2016, he was detained as a FETÖ suspect. He was acquitted at trial, but his newspaper and property were seized.

This statement was coordinated by the Media Freedom Rapid Response (MFRR), a Europe-wide mechanism which tracks, monitors and responds to violations of press and media freedom in EU Member States and Candidate Countries. 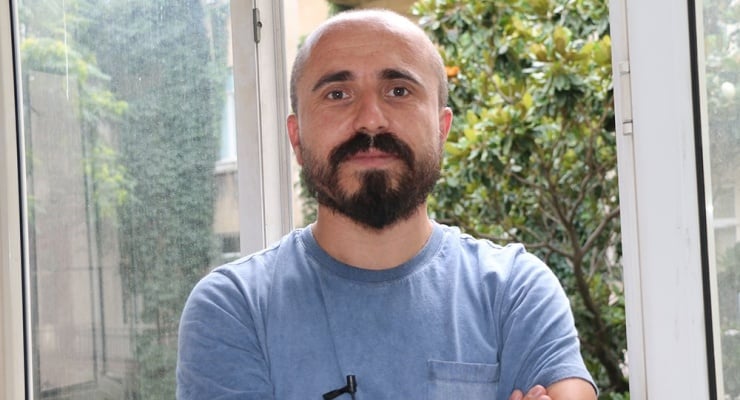 Turkey: Journalist arrested on terrorism charges in a case under confidentiality...