“Turkish Tragedy Continues”: After 28 years, still no justice for murder of Uğur Mumcu

On January 24, 1993, Mumcu was killed in front of his house in Ankara after a bomb that had been placed in his car exploded. The assassination was claimed by a series of fundamentalist groups.

“IPI Report”, IPI’s monthly bulletin published between 1952 and the early 2000s, reported the murder from the front page of its January 1993 issue with the title “Turkish Tragedy Continues”.

Then-IPI Executive Board member Metin Toker described Mumcu as Turkey’s top investigative reporter, working on variety of issues including corruption, Islamic fundamentalism, the drug underworld, and fake export records.  “He had many enemies with reasons to kill him in order to silence him”, Toker said.

Although the state authorities at the time promised to solve the assassination and bring the perpetrators to justice, the mystery behind Mumcu’s murder remains unsolved. Although a few individuals involved in the assassination have been convicted, those ultimately responsible have never been held accountable. The bomb maker, Ferhan Özmen, and the lookout during the bombing, Necdet Yüksel, were convicted in 2005 with life sentence, more than 10 years after the assassination. Oğuz Demir, the individual identified as having allegedly placed the bomb in Mumcu’s vehicle, remains at large.

Toker highlighted back then the problem of identifying those behind the killing: “In fact, it is not as important to identify the actual killers as it is to pinpoint the organizations who ordered the murder.”

Although 28 years have passed, Oğuz Demir hasn’t been caught. Despite the ongoing trial of Demir in absentia, no information has been included in the case file as to whether Demir is being actively searched for. Local news reported that the court asked the public prosecutor’s office about Demir’s whereabouts in 2019. The chief prosecutor’s office replied by stating that they have a workload to finish and that the court should ask the question to the police. Furthermore, the instigators of the assassination have never been identified and remain at large.

Mumcu, who also worked as a columnist for Cumhuriyet, was known for his deeply ethical and independent approach, and still today is seen as an example for new generations of journalists. As one of the most prominent investigative journalists in Turkey’s history, Mumcu covered Turkey’s turbulent political issues extensively and thoroughly. At the time of his assassination, he was working on the alleged link between Turkish state authorities and the Kurdistan Workers’ Party (PKK).

Turkish authorities must finally complete the investigation and trial into Mumcu’s murder by finding and convicting all those responsible for this heinous murder. Ending impunity in this and all other cases of murdered journalists in Turkey is indispensable for Turkish democracy and media freedom. 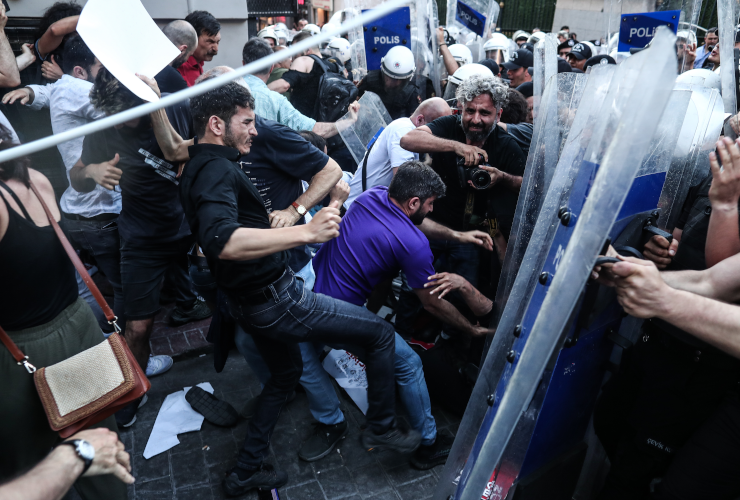 The IPI global network of journalists, editors, and publishers is alarmed by reports of ex…
Read More