Seda (Seher) Taşkın, a journalist for Turkey’s Mezopotomya News Agency who has been held in pretrial detention for over six months, appeared before a court on July 2, 2018 for the second hearing in a case brought for her news articles and reporting from eastern Turkey.

Taşkın was arrested at her home in Ankara on January 23, 2018 on charges of “membership in a terrorist organization” and “making terrorist propaganda”. She is currently being held in Sincan prison in Ankara, though her trial is being held some 1,000 kilometres away in Muş, eastern Turkey. Taşkın was originally released on bail following a short detention in custody, only to be re-arrested after an appeal by the prosecution.

The indictment, prepared two months following Taşkın’s arrest, cited an email from an alleged informant as the initial grounds for opening the investigation. The document reads:

“On December 20, 2017, at 16:40, an investigation has been initiated due to a notice issued by an anonymous citizen stating:

‘A person named Seher Taşkın from the outlawed group Kurdistan Communities Union (KCK) is creating and publishing videos/content about terrorists with an intention to make propaganda on behalf of a terrorist organization and is organizing the youth. Please take care of this matter. I do not want my identity to be revealed as it may put my life in danger.’ ”

The International Press Institute (IPI) spoke to Taşkın’s lawyer, Gulan Çağın Kaleli, ahead of July’s hearing. Kaleli stressed that Taşkın’s detention was full of anomalies from the beginning. Notably, she said that the IP address belonging to the alleged information has the institutional email extension “EGM” – that of Turkish police headquarters (Emniyet Genel Müdürlüğü, or EGM).

“This is a clear sign that this whole case is a set-up and that the email was sent by a police officer”, Kaleli said. “We requested an investigation to reveal the identity of the ‘informant’, however the court rejected this.”

Kaleli also remarked that the timeline on the day of arrest was highly suspicious.

“Muş is a relatively big city yet only 20 minutes passed between the time that informant email was sent and the time that Seda was taken into custody”, she said. “It is very dubious how the police managed to search and find in 20 minutes the exact address of the cafe where Seda was at that moment.”

The evidence cited in the indictment is comprised of Taşkın’s journalistic articles, social media posts in which she shared those news articles, phone calls, texts, interviews with the brother of a terrorist who had been killed in clashes, and other digital documents and files found on her laptop. The indictment summarizes its claims by alleging that the “defendant has acted as a typical member of a terrorist organization who is committed to the organization’s ideology and hierarchy”.

Kaleli noted that the accusation of “making terrorist propaganda” was the only allegation put forward at the beginning of the investigation.

“Two months later when the indictment came, Seda was accused of both ‘terrorist propaganda’ and ‘membership of terrorist organization’, without no new evidence added to the file”, she told IPI. “However, there is no concrete evidence whatsoever for any of the allegations.”

“The circumstances surrounding Seda Taşkın’s initial arrest and the claim that the informant email came from within the security services are cause for concern”, she said. “We are also disappointed that she was not released on bail following the July 2 hearing. We call for an end to the widespread practice of pretrial detention for journalists. A travel ban would negate the risk of absconding and there is no risk of tampering with evidence, because in many cases defendants are being tried over already-published journalistic articles which cannot be retrospectively changed. We also call for an end to the practice of imprisoning journalists hundreds of kilometres from the court at which they are being tried. Such distances interfere with their right to sufficient legal support for defendants and hamper their families from visiting them in prison.”

The court has set Taşkın’s next hearing for September 12, 2018. Like many other jailed journalists, Taşkın will be forced to testify from her cell via the SEGBİS video conferencing system, which Kaleli said violates her client’s right to “physically attend the hearing”.

Despite all the challenges, both Taşkın and her lawyers are hopeful for a positive development. Kaleli emphasized that Taşkın’s arrest was the result of her work for the news agency.

“Her arrest and this whole case is an attempt at silencing the independent media”, she said. 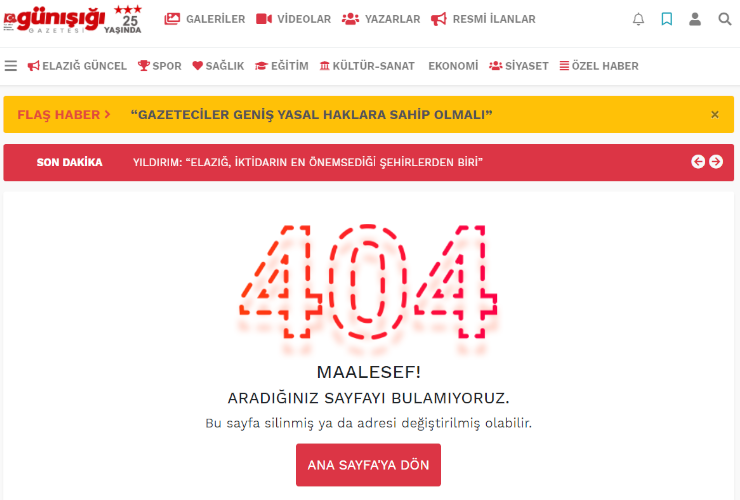