Gürsel: “We will continue our struggle until the day journalist practice their profession freely”

On May 3, the World Press Freedom Day, the International Press Institute (IPI) Board member and Turkish National Committee Chair Kadri Gürsel marked the day with a solidarity message with his co-defendants in the Cumhuriyet trial, which was finalized in April 2018, handing ruthless jail terms to 14 journalist and executives of independent daily Cumhuriyet.

Gürsel highlighted the importance of solidarity for his colleagues and stressed upon Turkish journalists’ determination to fight for independent press and journalism to prosper without fear. Six out of 14 defendants have returned to prison last week after an appeals court upheld their sentences in February 2019. In his video statement, Gürsel said:

“For years, Turkey is a champion in jailing journalists and the situation regarding the well-being of journalism and journalists is not improving.  On the contrary, there is a constant decay.”

“We are here today, as journalists and lawyers, to call upon the judiciary to stop the implementation of the jail terms for Cumhuriyet convicts who have been jailed a week ago,” he said.

And he added, “It is just an aspect of what we are going through in this context of continuous harassment and suppression of media freedom in Turkey. We are here to defend independent journalism and to make ourselves heard that we will continue our struggle until the day when journalists in Turkey will practice their profession freely and without being harassed or fear of being jailed.” 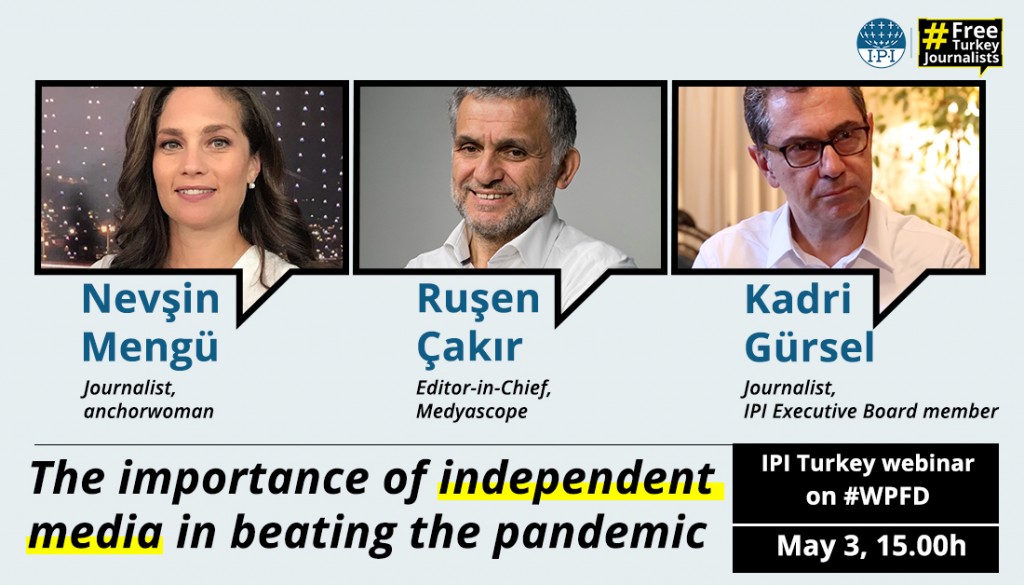